With over 60% of all Pilgrims walking this Way to Santiago, Camino Francés is, without any doubt, the most well-known, historically significant and iconic of all the Caminos.

Saint Jean Pied de Port – a charming town on the French side of the Pyrenees – is the beginning of this fascinating 800 km. (500 mi.) long journey across Northern Spain.

Paolo Coelho’s bestseller “The Pilgrimage” and Martin Sheen’s Movie “The Way” are set on this Camino, and its unparalleled diversity of landscapes, superb infrastructure and fantastic camaraderie of Pilgrims from allover the World make walking this Camino a truly unique and amazing experience. 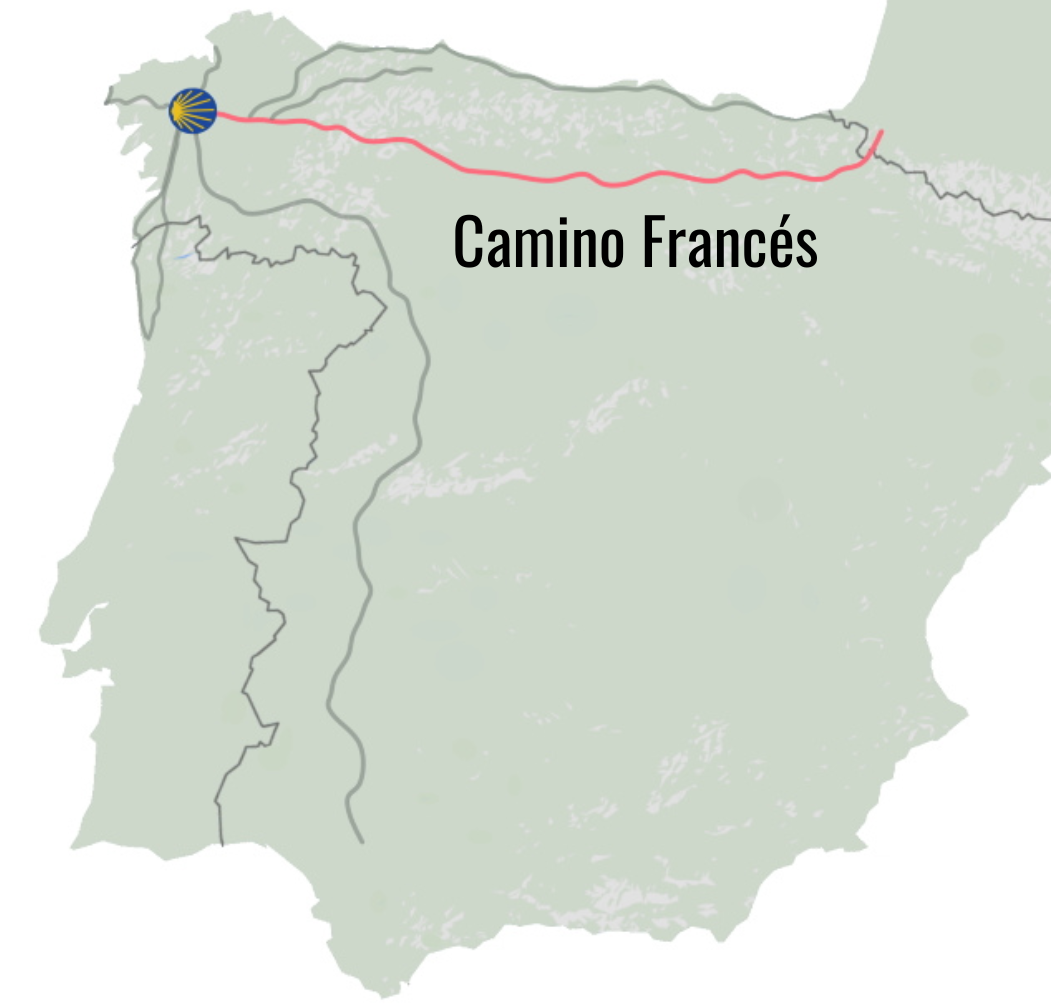 The French Way leads across the majestic Pyrenees mountains into the charming, hilly countryside of Navarra and on into the red-earthed wine region of La Rioja.

Past the Castilian capital city of Burgos, pilgrims enter the vastness of the wide-open high plains of la Meseta: its endless grasslands and dramatic cloud movements in the sky allow for some epic, panoramic vistas.

Having crossed the Meseta, the Camino now winds up the passes of another mountain range – the Montes de León, with the picturesque El Bierzo region lying in its valley.

The last ascent summits at O Cebreiro and also demarcates the entry into Galicia – the land of strong Celtic tradition, of mossy, enchanted forests, of mornings clad in thick fog, and of an absolutely unique, mysterious feel…

The French Way became the main route for pilgrims in medieval times and, to this day, its historical and cultural riches never seize to fascinate thousands of pilgrims from around the World. Picturesque villages and towns of medieval charm, vibrant, contemporary cites and countless tales and legends of miracles – all of these complement the natural landscape diversity along the Way. Blended with the superb infrastructure and – last but, most definitely, not least – the great comradery among Pilgrims, these make the Camino Francés an absolute highlight.

In the 11th century, the first waves of pilgrims reached their height, and King Sancho III of Navarra established a Way over the Pyrenees to Nájera – the ancient Capital of Navarra. The Royal Cities of Pamplona, Burgos and León became connected by the Camino Francés, and thousands of pilgrims contributed to these regions’ economy and left their lasting cultural imprint.

The medieval pilgrims impacted the regions of Northern Spain very strongly, and many traces of that time can still be found along the French Way. When foreign traders, craftsmen and artists settled along the Camino Frances, many Spaniards would simply refer to them collectively as “Franks”, although certainly not all settlers belonged to that ethnic group. But the term stuck – and that is how the Camino Francés got its name.

It is true, however, that especially the superior Frankish craftsmanship and architectural knowledge shaped many cities along the Camino. The movement of pilgrims also rendered a strong economic stimulus. Bridges and other aspects pf infrastructure were put in place, and numerous hospitals were founded along the way to treat pilgrims that had gotten ill. Cities like Logroño, Burgos and Santo Domingo de la Calzada owe their size and prestige partly to their location along the Camino Francés. Over time, many towns along the way acquired Christian relicts and constructed churches, while also more and more miracles were reported to have been witnessed in various locations.

The French Way has remained the most popular among the routes to Santiago to this day, with over 60% of all pilgrims to Santiago walking this trail. In 1993, the Camino Francés became inscribed as UNESCO World Heritage for its historic and cultural significance. 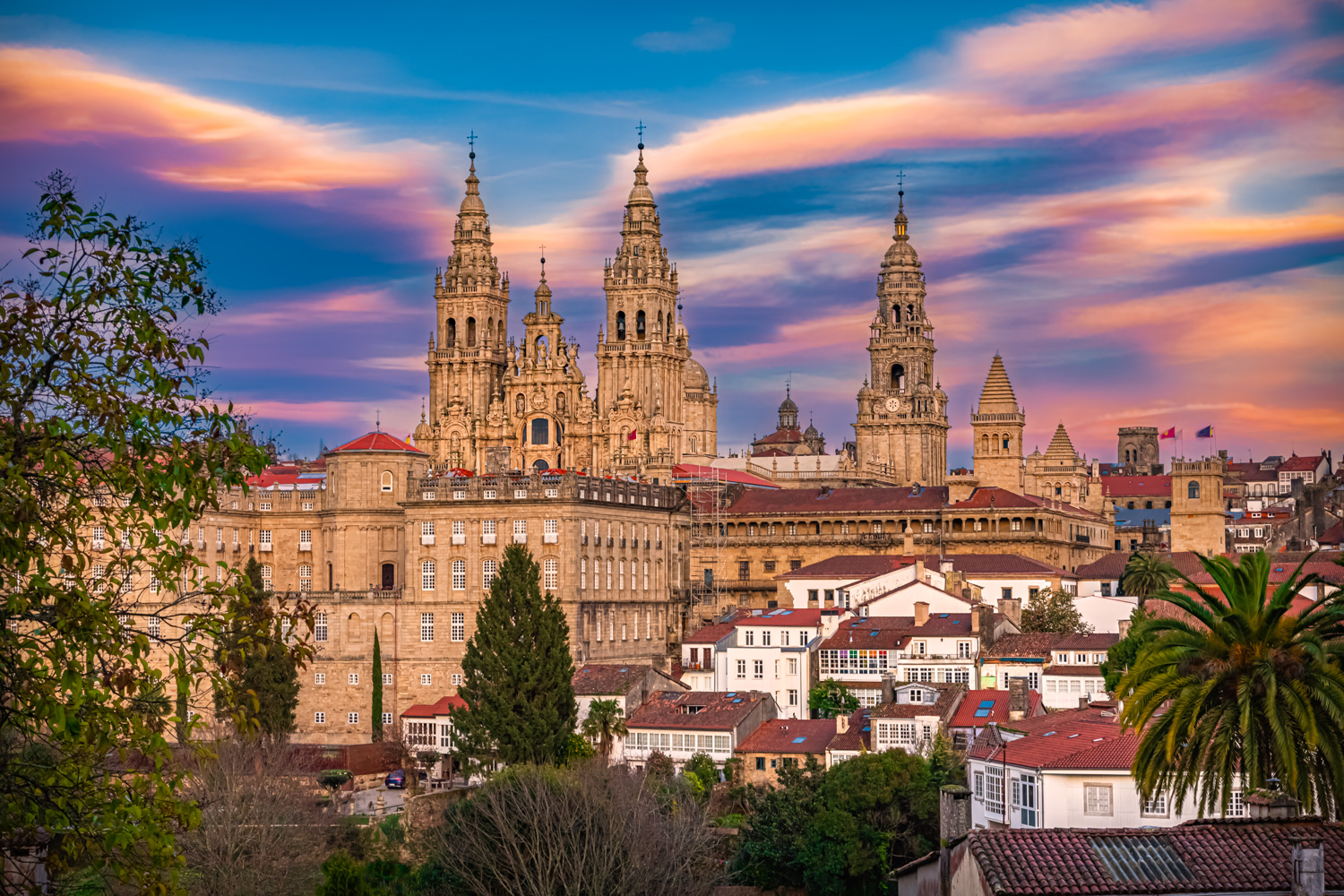