The Camino del Norte, or Coastal Way, has been one of the first to the resting place of St. James. It is well known for its scenic beauty. The coastal winds and some ascents make this journey a bit more challenging, but every climb will be rewarded with breathtaking views. The Camino del Norte is much more quite than the Camino Francés and a real treat for everyone looking for some peace and solitude.

The Camino del Norte is one of the oldest of the European pilgrim’s routes to Santiago de Compostela.The Camino del Norte (Northern Way) is also known as the Camino de la Costa (Coastal Way), as it follows the Atlantic coast for several hundred kilometres. It crosses the Basque Country (País Vasco), Cantabria, Asturias and Galicia. Most pilgrims begin their journey in the city of Irún, close to the French border, from where it’s an 840 kilometre walk to Santiago. The Camino del Norte has been included in the UNESCO list of world heritage sites since 2015.

Being so close to the coast means that one has to expect some rain when walking the Camino del Norte. In 2017, only 6% of all pilgrims chose the Camino del Norte, which means that it is still something of an insider tip. While the infrastructure is not as developed as it is on the Camino Frances, there are sufficient hostels and shops along the way.

There are plenty of alternative routes along the Camino del Norte and many have become more popular than the original route. It pays off to come prepared with a guidebook and think about which routes one prefers before arrival. It is also possible to leave the Camino del Norte towards Oviedo and follow the Camino Primitivo to Santiago de Compostela. 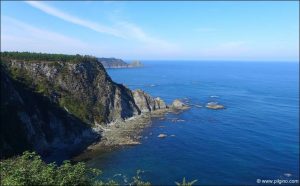 Tour 1: Up and Down the Spanish Coast

The first stretch of the Camino del Norte included an ascent of the Jaizkibel heights that offer you great views over the sea and the green Northern inland. You will then make your way towards San Sebastián - a bustling city with famous cusine. Carry on to Bilbao along the coast. Learn more... 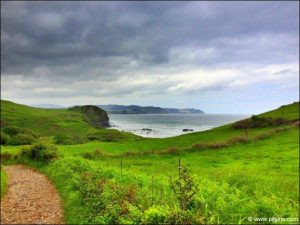 This stretch of the Camino is highly diverse. Following the coast it will lead you to sandy beaches and when it turns inland, it follows lonely paths through green and fertile lands. It is easy to forget all worries on this way. Read more... 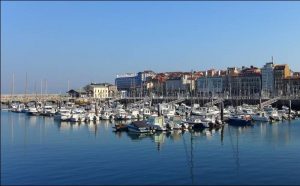 Now the Camino leads you westwards through the green apple region of Asturias. Enjoy the beautiful city Gijón and follow the coast - you can always stop in one the many small villages for some fresh seafood. Read more... 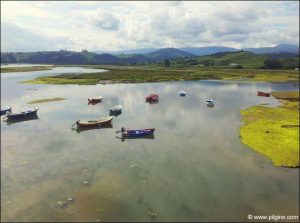 Tour 4: With an Apple in your Hand

Now the Camino leads through the green apple region of Asturias. Pick one from a tree and enjoy the solitude of this beautiful stage of the Camino del Norte, the coast still close at hand. Read more... 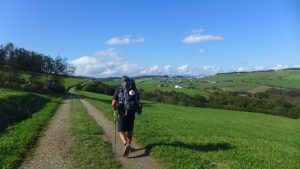 Tour 5: Into the Lush Hinterland

Now the Camino turns away from the coast and into the green hinterland. You are still in Asuria's apple region and will pass by the exciting city Gijón. The nature here is particularly healthy and you will have great walks through forests and picturesque villages. Read more... You will walk on lonely paths through green Galicia until the Camino del Norte joins the Camino Francés. Follow the ever more excited pilgrims on the last Kilometres to Santiago de Compostela. Read more...